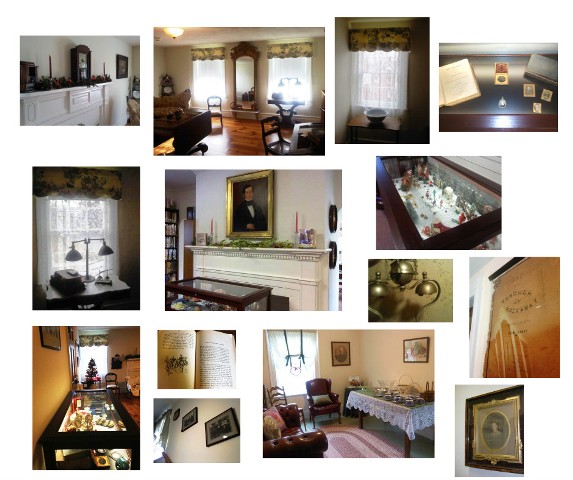 Dr. and Mrs. George H. Foster purchased the house in 1885 from Colonel Jackson's granddaughter, Mary Jackson. The well-respected doctor had an office on the ground floor in the right hand wing. Mrs. Marie A. Menagh Foster was a gifted music teacher.  In 1939, the late Mrs. Marie Foster, widow of Dr. Foster, generously willed their three-story residence to the Borough to be used as a library and museum, now known as the "Foster Memorial Library."

The Library is also honored to house the collection of Allen Eaton Jenkins, a much-beloved employee of Dr. and Mrs. Foster, who left a trunk full of of his personal letters and photographs in the Foster residence.

In 1975, the building was designated a National Historic Site.  Today, the Library blends the latest library materials, services, programs, and technology with the charm, grace, and character of the past.

The Architecture
The exterior of the building has a gambrel slate roof, original clapboard, and brick chimneys and foundation. The windows are all 6 over 6 sash and many have the original hand-blown glass panes. The lower level features a brick fireplace with a beehive oven. There is a one-story leanto addition, originally used as a cool storage milk room. On the main level, note the simple yet graceful hand-carved mantle over the fireplace, as well as the delicately carved dentils and moldings around the windows and ceiling. The third floor features pumpkin pine wide plank floors. The attic framing is clearly visible being a reinforced queen-post truss form. The joints are mortise and tenon. The major beams are hand-hewn. The simplicity in ornamentation, use of symmetry and rather plain exterior, with the exception of the front entryway, is characteristic of the restrained Federal era style, with added Greek revival characteristics. 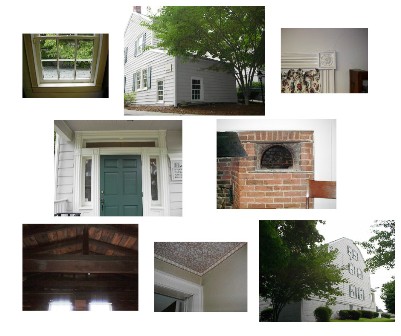 The Museum
With the financial assistance of a generous grant from the New Jersey Historical Commission, and the hard work and dedication of Friends and volunteers, the Library enjoys newly renovated and beautifully restored Museum Rooms. We sincerely thank everyone who has made this project possible.

The Collection
Collections include historic furniture, textiles, books, photographs, and artifacts from the families of Stephen Joseph Jackson and Dr. and Mrs. George H. Foster.

Administration
All Museum policies and procedures are established by The Board of Trustees of the Rockaway Borough Public Library.

Funding
Funding for the Museum is made possible by individual and organizational contributions. You may support the Museum by purchasing a Remembering Rockaway book for $10.00, available at the Library.

Programs and Tours
The Museum Rooms are open for visit by appointment only and are open for public visits during the holiday season and for special events.

Friends of the Library